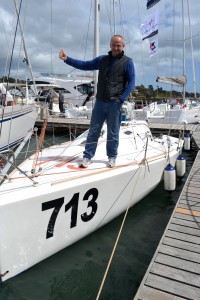 Richard Mayon-White is the Director of a number of companies in the Adventure Travel, Expedition and Exploration sectors.

Richard is a Fellow of both the Royal Geographical Society and the Zoological Society of London. He is also a commercially endorsed RYA Yachtmaster, and has used his sea-faring skills to bring personal development opportunities to a number of organisations and companies.

In his spare time, Richard has travelled extensively – usually on sailing or mountaineering trips, which have included climbing Kilimanjaro and Aconcagua. He has skippered yachts in the Fastnet Race and Three Peaks Yacht Race.

Richard has undertaken a number of challenges to raise funds for Cancer charities:

Richard lives in Hampshire with his wife Elizabeth and their two children.